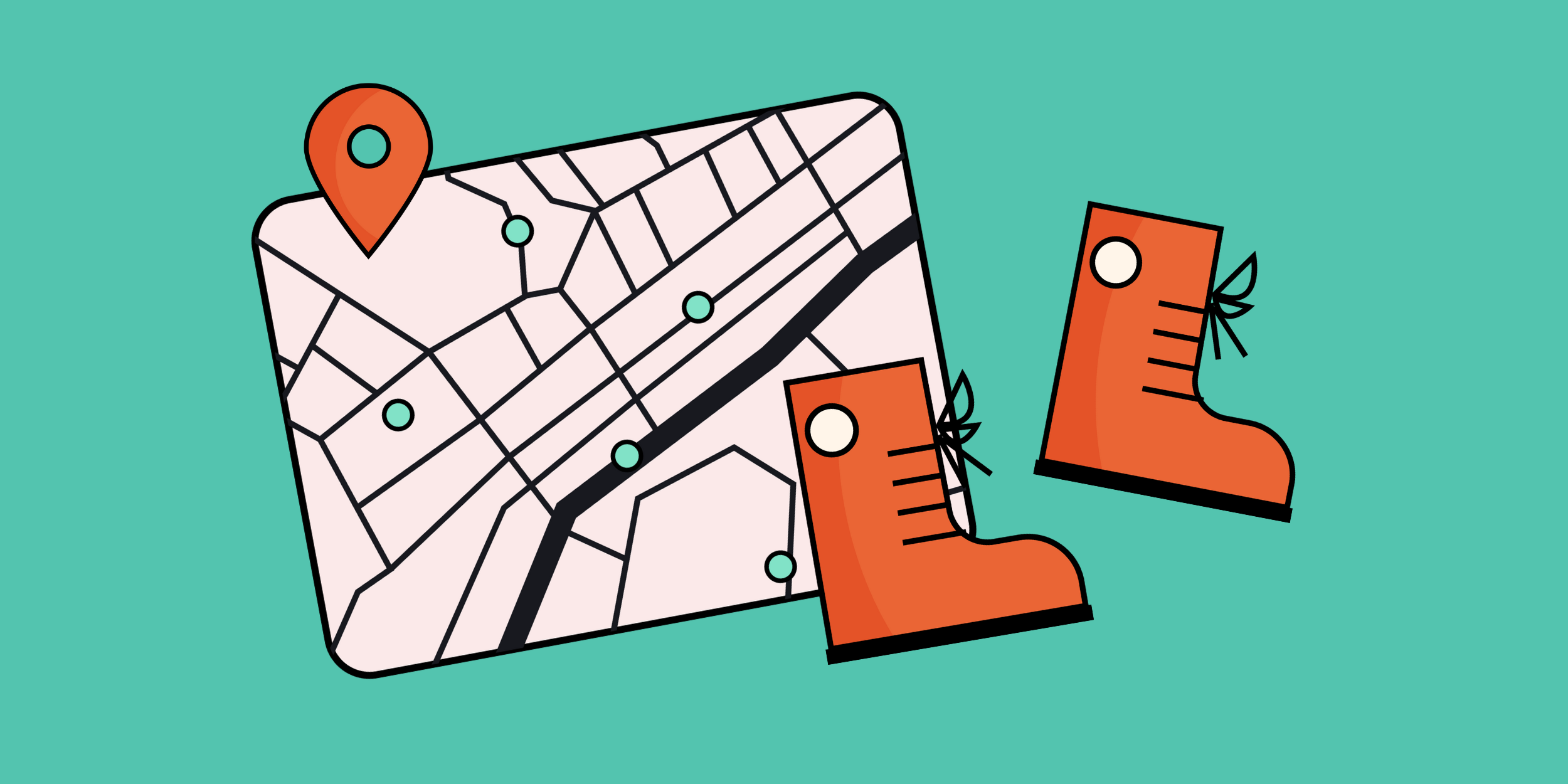 As travel restrictions in Australia started to ease, I set out on a 10 day road trip. Who knew that leaving Sydney for Brisbane would feature hipster sommeliers, a giant retro prawn, and Scotland. Here's why the next trip you're thinking of should be a road trip.

A road trip is ultimate freedom. Stop wherever, add on days, change plans — be spontaneous.

But it’s something a lot of Aussies pass up in favour of overseas travel. I was guilty too. Always in search of hidden coffee bars in laneways, or quirky design stores in far flung locales. Turns out I had no idea these things might exist in regional Australia.

So in this new world — which has reminded us just how precious travel is — embrace the spontaneity of a road trip. With tourism hurting, exploring our own backyard should really be top of the list. Because, you know what? There’s a whole lot more to discover.

Hand sanitiser and snacks at the ready, it was time to head north to warmer temperatures. (We were actually really lucky with our timing as restrictions have since clamped down a little again. So don’t forget to save this post for when you can travel.)

Here’s what our drive from Sydney to Brisbane looked like:

Australia has been pretty strict with travel restrictions, so we were eager for the border opening between NSW and QLD. Our plan was to reach Queensland the day the border opened on July 10th (ultimate optimism!). Worse case we’d be stuck in Byron Bay — a trendy sea side town in NSW, 2 hours away from the border. Not the worst place to get stuck.

The trip was split up by reasonable drive days, giving room for detours or scenic routes. We drove north via the coast, then inland on the way back to Sydney (much colder inland!). Our overnight stops:

With so many booking options these days (and the new uncertainty!), we didn’t book too far ahead. For context, there were 3 of us (4 in Brisbane) which was a small enough group for most options. We were also travelling in the middle of winter for Australia, and during school holidays.

Smaller regional towns were booked a couple of weeks before the trip (Port Macquarie, Byron Bay and Tenterfield). Given these were our agreed overnight stays, and there were generally less options.

Brisbane being a big city, we only booked a few days before getting there. That was mainly due to agreeing on the right location. Sometimes less options are better!

The last sections of the trip were very last minute. Tamworth was booked the day before (got a bit lost with all the other activities!). The Hunter Valley was a bonus when we realised we all had extra time to stop by (hello wine!). Luckily we found a nice place to book the night before heading in.

We mixed it up with accommodation:

Those prices are AUD per person, per night. Some places had room for more than 3 of us, so could end up cheaper with a larger group.

It was a pretty relaxed trip. We each did a little research beforehand, but most of the sights we worked out while on the road (thanks Google Maps and Insta!). We also stopped in to a few info centres (Tamworth’s is amazing) to flick through regional brochures.

Every trip is different, but some highlights to add to your list:

Between May and Nov is whale watching season (bonus!). We had good views from our Airbnb, but I’d pack binoculars next time. As with most coastal towns, there was a Lighthouse to see. We also walked down to the beach to see the painted rocks at the breakwall (what started as an art competition is now an outdoor gallery!). Had no idea there was a winery in Port Macquarie, but a short drive away is Cassegrain Wines.

Stopped off purely to see the Big Banana. Took some holiday snaps and perused the gift shop. The fun park actually has much more than the banana, so worth a look. Learnt that it was inspired by the Big Pineapple in Hawaii, and built to stop traffic. Safe to say it still does!

Quick stop to see the Big Prawn (best seen from the Bunnings car park, hmm). Despite the strange location, the fact it was raining, and that we didn’t quite make it before sunset, the size did not disappoint. Even stranger is how the prawn was first built — on top of a service station, and without a tail. Yep.

Checked out Cape Byron Lighthouse which meant more opportunities for whale watching (and a school of dolphins!). Along the track from the lighthouse to the beach is also Australia’s most eastern point. There are heaps of cool little locals in Byron: like Stone & Wood brewery, hip cafe Folk, Sunday Supply beach umbrellas, The Farm cafe, Spell & the Gypsy and Rowie fashion. Just to name a few! We also stopped at Tropical Fruit World on the way to Queensland for the Big Avocado. (A little lacklustre after the prawn, but still!)

‍Note that conditions change from day to day on this one — refer to the QLD government site for updated travel info. On July 10th the border opened at 12pm and we were there in traffic, waiting to get in. To get across, we registered online the night before to receive, then print out, a border pass. On that day vehicles were spot checked so while we sat in traffic for about an hour or so near the border, we were waved through.

A really modern city when it comes to design, filled with interesting buildings and street murals. Walking the bridge out of the city to Brisbane South Bank is like channelling a baby London. The south has a man-made beach and outdoor spots for lunch like The Plough Inn. Then there’s the ultra-hip James St precinct for window shopping high fashion, along with design-led hotel The Calile, craft beer at Tippler’s Tap or wine tasting at City Winery. On our way out we stopped by BrewDog Brisbane — Australia’s first outpost of the Scottish craft beer. (Anyone who’s spent time in the UK will likely know this well!)

A town that claims fame to the Boy from Oz (Peter Allen) and the Tenterfield Saddler. It was a long drive day from Brisbane, as we detoured through Nimbin (a small town known for its alternative lifestyle). While a detour, the drive was pretty scenic, so worth it if you have the time. Didn’t spend much time in Tenterfield other than walking the high street (and grabbing takeaway coffee from cute garden shop The Potting Shed!).

Move over Stonehenge — did you know NSW has one too? (Well, almost.) The Australian Standing Stones are situated in Glen Innes. While they’re actually based on Scotland’s Ring of Brodgar, they’re a lot closer to home. About an hour’s drive from Tenterfield (you’ll pass right through if driving to Tamworth). We’d heard there was snowfall in the area the night before, shame it had melted by the morning. Had some nice fog though!

Australia’s country music capital. We had a short stay, which only meant time to visit The Big Golden Guitar and have specialty coffee at hidden cafe Camp Grounds. (I’m partial to hidden cafes in old buildings — John Mills Himself in Brisbane was another.) I’d read about NSW’s silo murals, but it was too late for us to get to any (worth adding to your list!).

Australia’s oldest wine region is pretty much on Sydney’s doorstep (~2.5 hr drive away). Though I’ve only been there once (oops!). With over 150 wineries, we did what we could in a day. It’s worth booking in to do a tasting (especially at the bigger and more well-known wineries like Audrey Wilkinson), though we managed to do walk-in tastings at Hanging Tree and Comyns & Co on a week day. Definitely book for dinner — we did get stuck so it was takeaway (yet gourmet!) pizza from Goldfish. With a nice apartment it didn’t really matter. In fact, gourmet pizza and making our own mulled wine = night well spent.

Quick stop to see the Big Kookaburra, created by a local artist. There are also a lot of murals in a few of these smaller towns. Suggest you look up a few towns you might pass by and plan a pit stop.

The trip went pretty smoothly thankfully, though at every place we needed to sign in for contact tracing. Some used old school pen and paper, while others had QR codes and online forms. (Shout out to the legends at Stone & Wood who offered a free taster for registering using the online option. Yes, I’m now also on the mailing list, but learning all about beer.)

Our main win was seeing just how much is going on in regional Australia. From trendy little businesses to interesting natural landscapes. Quirky town fames to the ins and outs of wine. Big prawns and migrating whales. (And the fact that you can pretty much find great coffee wherever you go these days!)

Take this as a sign that it's time: To grab some mates. Throw a duffle in the boot. Hit the road. Grab brekkie at the servo. Be somewhere new by the arvo. Whether just for a weekend, or for a bit longer ;)

As soon as restrictions lift and you feel safe to travel once again, may you be out on the road. Exploring all that Australia has to give.

It’s true, 2020 has not gone the way any of us planned… Here at Travis, we’re committed to rebuilding Australian tourism, with a focus on digital millennial and Gen Z travellers.

We believe trip planning could be much easier — and we’re partnering with creators, travel agents, businesses and tourism boards to shake things up for the new gen.

Yay! Look out for Baby Travis in your inbox! Check your junk mail too!
Uh oh! Our pigeon must have gotten lost! You can drop us a line at hello@travistravis.co
Join our founding community, be first to try out the beta, vote for new features, and more!
Join waitlist 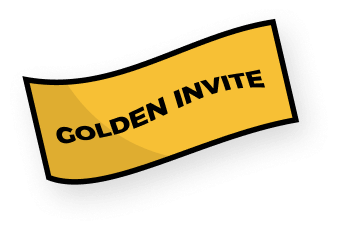